Uptown Funk is a high-energy show of Bruno Mars, encapsulating one of the greatest live performers in the world today. As Bruno is ex CDB member Jude Nicholas, backed up by the Uptown Funk show band playing all the hits, with all the moves as performed by The Hooligans.

Joining this exciting big band show on the night is Melbourne Soul siren Shannen Wick with her tribute to Beyonce.  Shannen is reminiscent of the energetic queens of soul music past.  The leading lady and founder of the renowned festival and touring band ‘Fulton Street’, Shannen is a key player in the thriving Melbourne soul music scene.

Paying tribute to two of the biggest artists in the world right now, Bruno & Beyonce is a show full of slick choreography, jaw dropping vocal ability, phenomenal costume changes, plenty of audience participation and the biggest night of 24k magic guaranteed to get you dancing. 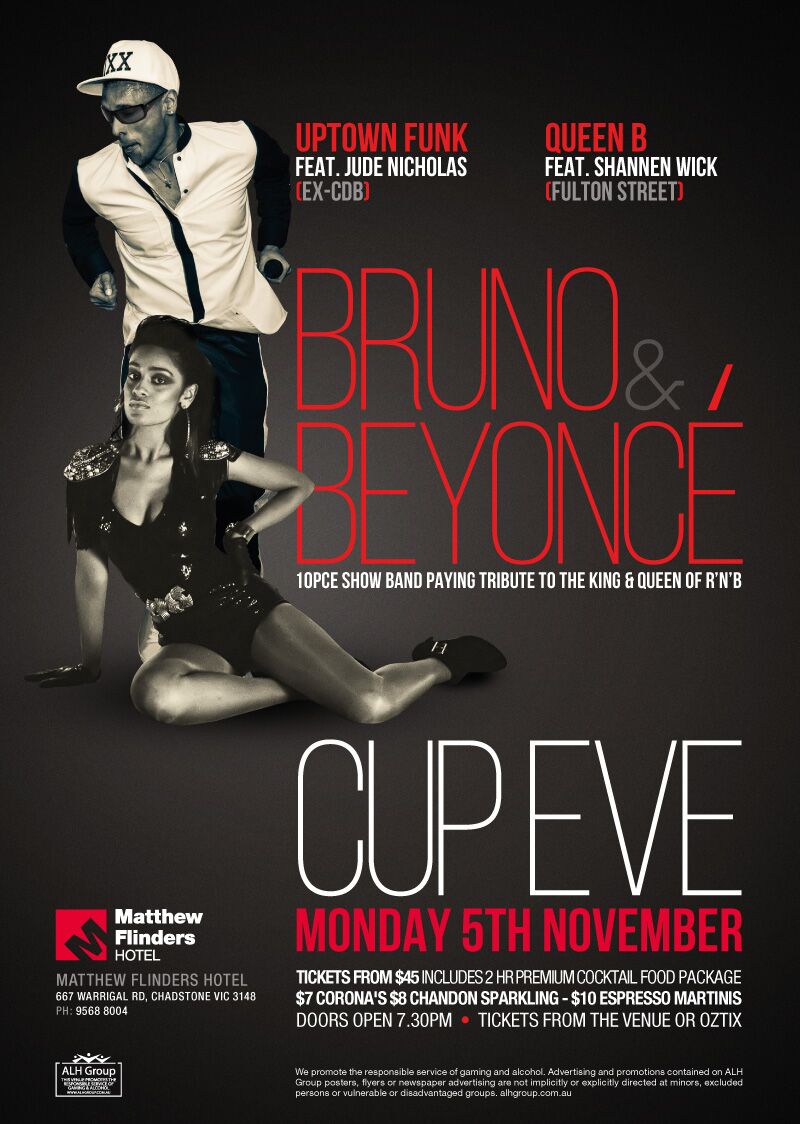