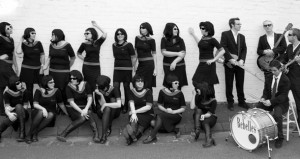 15 WOMEN, ONE BAND: THE ULTIMATE GIRL GROUP
From the Ronettes to the Ramones and everythin’ in between, it’s The Rebelles! The Rebelles are fifteen wondrous women servin’ up a wall of girl group greatness. With punk energy, harmonic panache and a bad-but-not-evil glint, The Rebelles have developed a reputation as one band you simply have to see. It shouldn’t be possible. You just shouldn’t be able to find fifteen fantastic singers, organise them into pitch perfect three part harmonies, rediscover the brilliant girl group songs from the early sixties and blast them into the twenty-first century with a kick arse show that reminds crowds of how live music is meant to be played – always swingin’, usually fast and definitely loud! Backed by their very own blisterin’ four-piece band, The Rebelles are a genuine, bona fide, proper rock’n’roll band that believe in the power of rock and the importance of putting on an unforgettable show each and every time they hit the stage. The Rebelles remain committed to their mission of breakin’ hearts, tearin’ up stages and makin’ the impossible a reality. It’s big, it’s bad, it’s like nothing else on earth and goddamn it’s fun! 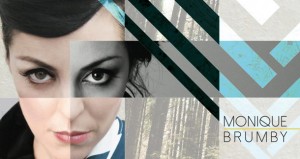 SILENT WAR
Iconic Australian Singer/Songwriter and ARIA award winning Monique Brumby has announced the release of a new single, Silent War alongside her self titled fifth studio album. Brumby is excited to be hitting the road with the releases this month. Three years in the making and recorded mostly at her Melbourne home studio, Silver Dollars was co produced by Brumby and and Producer Nick Larkins. Silent War is a politically driven pop rock hit with a pretty and memorable melody and lyrics highlighting the need for equality for same sex marriage, the inspiration comes from her own experiences. “A heartfelt, passionate and energetic performance is what I strive for”, says Brumby.

FOOLS GOLD RUSH
Non-threatening garage rock heart throbs THE NAYSAYERS are celebrating their first release of 2014. Fools Gold Rush is the first of three singles sledged for release this fine year of our lord, 2014. Joining the night are ska punk aficionados The Furrows and scuzzy garage rock ballers The Dead Heir. It’s good to be alive in Melbourne right now. Check the lads out they rock!. 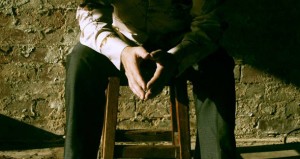 CRYPTIC ROCK VOYAGER
Dave Graney has been described as a “cryptic rock voyager”. In other truth he a storyteller, songwriter and vocalist with few peers in the Australian music scene. Graney’s new Art Pop offering is Fearful Wiggings is full of wild pop dynamics and massed reversed harmonies. Performing songs from the album IN CONCERT, yes every performance will be a concert in every sense of the word. 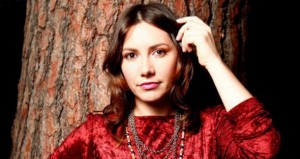 THE RED SHOES
Singer, songwriter, radio and media personality Ella Hooper is excited to announce the release of her anthemic new single The Red Shoes. To celebrate, the Melbourne artist will host an intimate and exclusive single release/album preview showin Melbourne. The Red Shoes released on the 20th June is lead single from the forthcoming LP In Tongues, it’s set to a rousing soundscape of pop-rock, a song that will no doubt excite both loyal fans and new listeners alike. Drawing upon the Hans Christian Andersen tale of The Red Shoes, Ella explored themes of obsession and possession in her own personal way when writing the new single.

“You can sometimes lose yourself in the pursuit of chasing a dream or ideal or person, becoming psychically bound to desire and perhaps risk being destroyed by it.” Ella said, “But there’s also a weird alluring freedom in going 110% at something, knowing that you’ve probably lost perspective and control and just not caring. Dancing til your feet bleed, for example! When you’re lost in the moment, nothing else matters.”

The musician, formerly the lead singer of legendary rock-pop group Killing Heidi and one of the team captains on the 2014 Spicks & Specks series, has been teasing her devoted followers with her unique style of spiky rock and alt-pop in the form of previous singles Low High and Haxan. 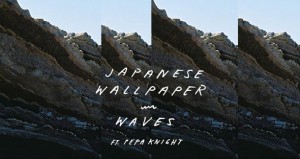 JAPANESE WALLPAPER
Japanese Wallpaper’s is seventeen year old Gab Strum his talents transcend his young years. A classically trained multi-instrumentalist, the word “prodigy” certainly springs to mind and his debut EP War Peace Rocket Ships drew comparisons to ambient maestros Boards of Canada and Tycho and personal endorsements from the likes of Chet Faker and Bombay Bicycle Club. Recently, Japanese Wallpaper teamed up with Brisbane Singer/Songwriter Wafia and Pepa Knight of Jinja Safari to create the blissed out electronica tracks ‘Breathe In’ and ‘Waves’. One to watch, definitely on the musical radar for me. 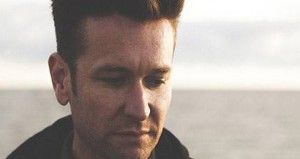 A SONG IS A CITY
Kav Temperley has played a major role in the success of Australian three-piece, Eskimo Joe, as both a front man and award winning songwriter. Touring and simply the passage of time brought maturity and change to Eskimo Joe. Kav was at the centre of this change, writing about his personal experiences and reflecting them in his clever turn of phrase and canny melodies on A Song Is A City. Compositions such as “Life Is Better With You”, “Smoke” and crowd favourite “From The Sea” created a new reality for the band. It was around this time Kav started intensive work on Dirt Diamond Productions, the indie record label he shares with fellow EJ band members and their manager Catherine Haridy. His focus was the development of his first direct signing, the young, enigmatic, Kathryn Rollins who completed four track EP Reckless with Kav at the Production helm. He also focused on various co-writing partnerships with artists such as Owl Eyes and Coby Marsh. Moving into 2014, Kav is focusing on co-writing with various artists, championing his position as APRA Ambassador and is writing mode for more of his own releases to come. 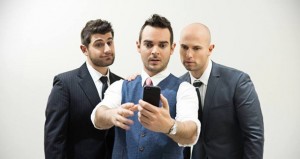 CALL ME FOR THE WEEKEND
Living up to their name sake Slightly Left Of Centre 80’s & 90’s inspired electronic infused sound has always been the key to their growing success and is something they strive to deliver song after song. Since the bands formation, the guys have been working hard in their own purpose built studios, SLC produces, engineers, records and mixes their music to keep their unique and signature sound alive so that fans will always distinguish an SLC song amongst their iTunes playlist. The Right Direction, the band’s debut album was released in early 2012 to a hugely popular and eager welcome due to its continued internet promotion and of course it’s free download. Fans from all over the world have welcomed the album with open arms and continue to show their appreciation and support through the bands many social media links. With the groups second album in the works and current release Call Me For The Weekend getting widespread airplay, these lads are serious players on the Melbourne music scene.