The Melbourne Guitar Show is set to rock Caulfield Racecourse this weekend Saturday and Sunday August 4 and 5 – and this year, it’ll be bigger than ever.  Proudly presented by Triple M and Australian Musician, the lineup boasts an impressive haul of both local and international artists, and featuring amongst the bunch is none other than UK guitar legend Albert Lee and recently announced Baby Animals guitarist Dave Leslie.  In addition to some killer performances from the artists on this massive lineup, #MGS2018 will also hold a monster exhibition that will feature a gigantic variety of electric and acoustic guitars, effects pedals, amps and more state-of-the-art guitar technology, both home-grown and from around the world.  It will continue to be Australia’s biggest guitar pop-up shop, and that’s not all.  The Melbourne Guitar Show will host information seminars, demonstrations, and live performances from Australia’s most talented guitarists.

This year will be extra special as the Melbourne Guitar Show welcomes UK guitar legend Albert Lee.  Lee’s work with The Everly Brothers, Eric Clapton, Emmylou Harris and The Crickets is renowned within the music world and cemented his place as one of the most respected and renowned guitarists in history.  Speaking on Lee’s talent, Eric Clapton enthuses, “(He is) the ultimate virtuoso.  His skill is extraordinary and he’s gifted on just about every level,” while Emmylou Harris says, “(Albert Lee) is a brilliant guitar player…his sound is unmistakable, never qualled.”  The British-born country-rock artist started his long and illustrious career during the emerging rock ‘n’ roll scene of ‘60s London, when he played in bands with the likes of Jimmy Page and Chris Farlowe.  He has received countless accolades for his work, and has been named Guitar Player Magazine’s Best Country Guitarist five times in a row.

The first lineup announcement for #MGS2018 was a big one.  Joining Albert Lee is Daniel Champagne, a prolific young guitar virtuoso with the world at his feet, and Jeff Lang, who has been described by Rolling Stone as “Australia’s best roots music artisan.”  Melbourne Guitar Show favourites Nick Charles and Shannon Bourne will also be returning this year, alongside some seriously talented women Fiona Boyes, Alison Ferrier, Cat Canteri, Nat Allison and upcoming punk rockers Rackett.

Drawing over 5,500 guitar lovers and enthusiasts to last year’s exhibit, the Melbourne Guitar Show is growing year on year and is gearing up for the biggest event yet.  The voice of the Australian music products industry, the Australian Music Association (AMA) will be teaming up with australianmusician.com.au and presenting sponsors Triple M, 3PBS and Aon to present this year’s guitar-centric weekend.  At last year’s MGS, punters not only enjoyed scheduled performances and demos from the awesome artists on the lineup, but also witnessed surprise on-stand appearances from some of Australia’s finest artists, including Ian Moss, Darren Middleton (Powderfinger), Paul Dempsey, Oscar Dawson and Ali Barter.  Both the promoters of the show and the exhibitors are constantly wrangling acts right up until the very last minute – and who will be joining the all-star jam this year? Come on down and find out! 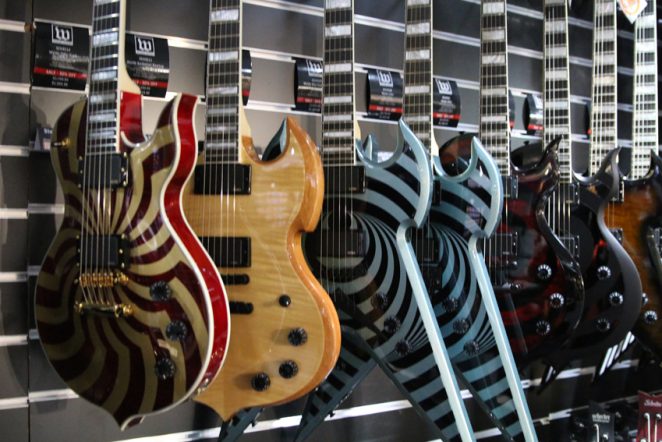 Thrilled to present #MGS2018 once again, AMA executive officer and MGS organiser, Rob Walker says, “After an awesome show last year, we’re looking forward to continuing the tradition the show is creating.  We’re very pleased to present Albert Lee on his 75th birthday tour, as well as the usual host of wonderful players we present.”

Not only will the 2018 MGS provide a hands-on chance to see, hear and play a broad range of the world’s favourite brands, it will also see exhibitors offering great show deals, plus an opportunity to get close to some hand-crafted, locally made instruments and epic guitar and gear collections.  Describing the exciting developments, Rob continues, “Our exhibition welcomes back some big names this year and the learning opportunities are plentiful.  If you’re in the market for guitars and gear, great live music from some of the best players. the Melbourne Guitar Show is the place to be.”

The Melbourne Guitar Show will be held at Caulfield Racecourse on Saturday August 4 from 10am-6pm and Sunday August 5 from 10am-4pm.  Tickets are on sale now from australianmusician.com.au or at the gate.