He comes on givin’ lip like your younger brother after a night on the turps. He’s all cheek and twists and a wry smile to keep you fooled. Then launches into some of the best driving blues you’ll hear in yonks.  Sammy Owen jumps and jives like a young George Thorogood, he shreds, his lyrics tease, and soon you’ll be yellin’ for more.  That’s exactly what to expect when Sammy Owen Blues band returns to Friday Night Blues Club at Seaford Hotel on October 27.

It’s always a good fit when you are a left- handed lead guitarist in your own band and luck it in with a left handed bass player. Such was the case with the Sammy Owen Blues Band. Owen, lead vocals and left handed guitar player met Michael Landells, a left handed ’78 Fender Precision bass player some time back and the two hit it off instantly and have been gigging together since.

Both guys love playing in the blues vein and being younger musicians, endeavor to keep this tradition alive by being traditional, yet expressing the music in their unique bent.

Adding magic to the mix with his Hammond B3 is Liam Kealy who has been with Owen since 2012. They perform songs to certain traditional blues guidelines but add huge amounts of improv and literally play ‘in the moment’ with the vibe of their audience. They all feel this is what blues music is all about.

The Sammy Owen Blues Band plays energetic on the edge style with influences of Albert King, Buddy Guy, and Albert Collins. The original material written is based on everyday Melbourne life with the occasional comical experiences infused, so expect to hear exciting tunes laced with contemporary, funky, lively blues.

Next time the boys are in town, get your serious listening ears on and get on down to the Sammy Owen Blues Band cause you’re in for an electrifyingly, intense, ‘give everything’ approach gig. These guys simply dig entertaining a live crowd, whether it is a room full of regular fans or blues fans alike. 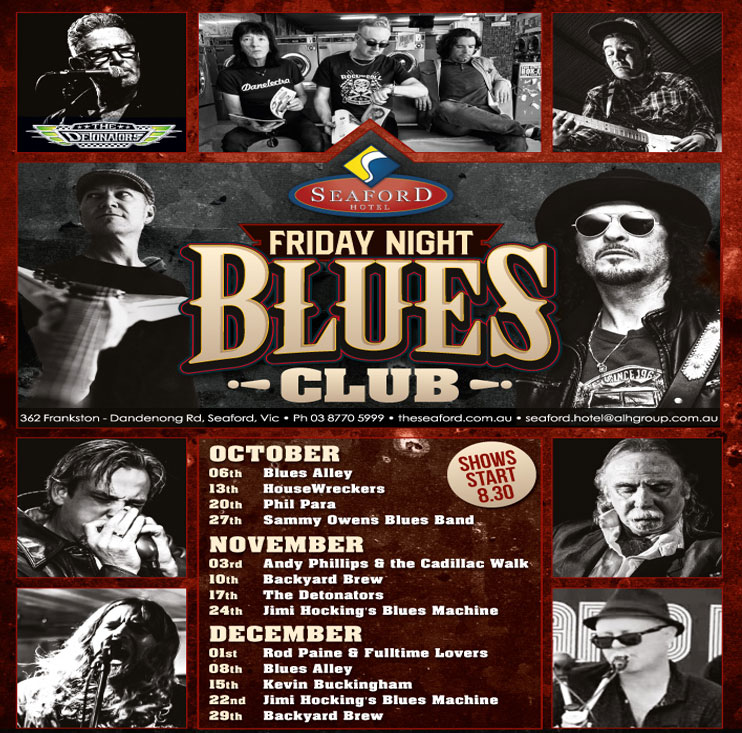