It’s a night of non-stop Aussie classics with three big bands at one of Australia’s greatest live music venues. Join INXSive, Gold Chisel and The Oils for the Australian Made Tribute Supershow on Wednesday 25th January from 8pm at Shoppingtown Hotel, Williamstown Rd, Doncaster. Tickets available at the venue or Moshtix 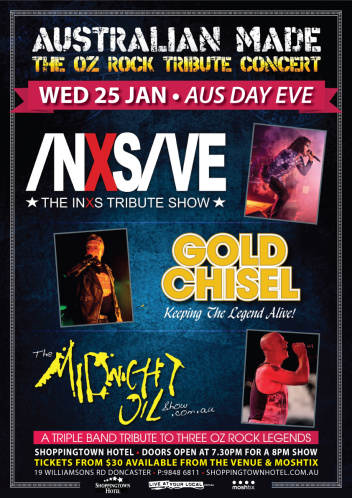