Well known to many Australian’s as the resident talking saxophone player on the widely popular television show Hey Hey it’s Saturday, Wilbur Wilde has been one of Australia’s most celebrated musicians, media celebrity and all-round entertainers for decades. King Willie’s back in town for a fun filled Sunday Soultrain at Davey’s on Sunday May 1st.

Wilbur Wilde became a household name during his 15-year run as member of the house band opposite Red Symmons on Hey Hey it’s Saturday from 1984 through until the last episode in 1999.  He has made many other TV appearances including Countdown, The Paul Hogan Show, Blankety Blanks, Sale of the Century, MTV, Getaway, Spicks and Specks and The Russell Gilbert Show.

Wilbur Wilde first rose to prominence as saxophonist with the bands Ol’ 55 and Jo Jo Zep and the Falcons. Over the years, he has performed with some of the biggest names in music including Skyhooks, Tom Jones, Split Enz, Roy Orbison, Cold Chisel, Dire Straits, the Angels and Paul Kelly.

From 1992 to 1999, Wilbur toured with The New Rocky Horror Show, contributing to more than 750 performances along the way. His CV also boasts a string of movie credits including Mad Max, Coolangatta Gold, Jenny Kissed Me, Dead End Drive-In, Cool Change, The Bit Part and Star Struck.

Wilbur has also enjoyed an enduring career as a radio announcer with Melbourne stations 3XY, 3UZ, Gold 104 and Vega 91.5. His media experience extends to that of producer, writer, event and tour manager and music producer/director. In 2007, he was inducted into the ARIA Hall of Fame.

During the same year Wilbur had the honour of being an Australia Day Ambassador. He is also a past Deputy Chair, of the Helpmann Awards Contemporary Music Panel. Wilbur Wilde has a large amount of media experience and is an unshakable master of ceremonies and keynote speaker.

Wilbur performs regularly with a number of bands including The Good Rockin’ Daddies, Jo Jo Zep and the Falcons, and his own outfit, Wilbur Wilde’s Blowout.

Catch Wilbur Wilde and his boys for some blues, soul and rock’n roll at Sunday Soultrain, Davey’s Hotel in Frankston on Sunday May 1 from 3pm. 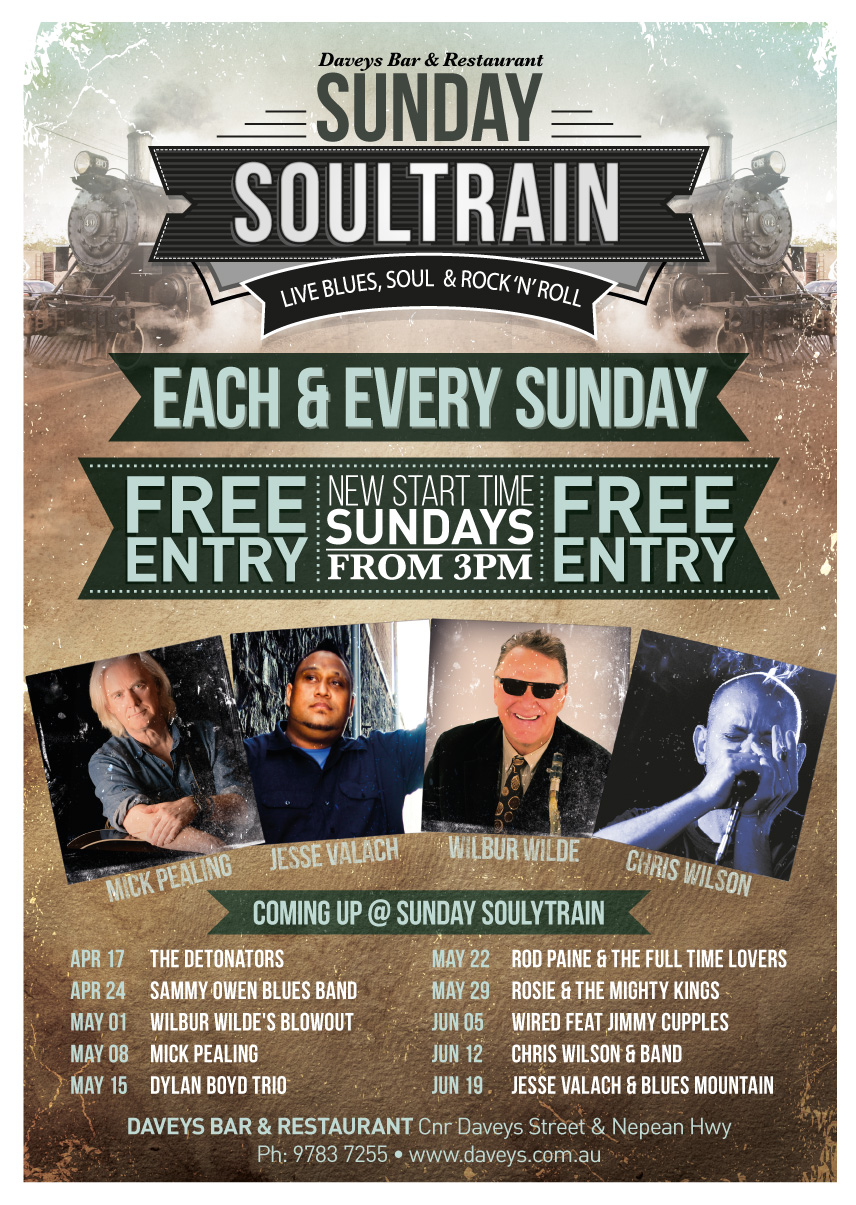