Bringing the music of ‘The Oils’ back to live venues around the country, THE MIDNIGHT OIL SHOW celebrate the music, the influences, and the artistry of the mighty Midnight Oil…They’re bringing back The Oils…with or without them!

It’s a night of non-stop Aussie classics with three big bands at one of Melbourne’s greatest live music venues. Join INXSIVE, GOLD CHISEL and THE OILS for “AUSTRALIAN MADE, THE OZ ROCK TRIBUTE CONCERT” at THE CHELSEA HEIGHTS HOTEL on ANZAC EVE SUNDAY 24TH APRIL. Doors open at 8pm and Show starts at 9pm sharp. Book now at Moshtix or chelseaheightshotel.com.au 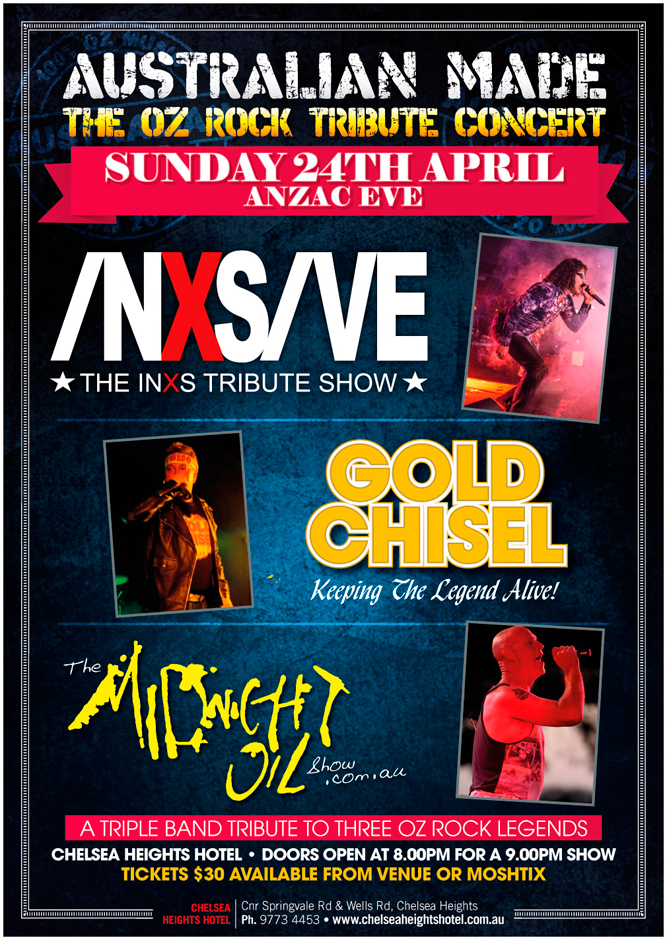