Prince will bring his Piano & A Microphone tour to Australia and New Zealand this February for 10 exclusive and intimate shows.

For those blessed enough to attend, everything about these exclusive performances has been carefully considered to deliver special once-in-a-lifetime experiences. The repertoire will be culled from Prince’s vast 39-album catalogue and each performance will have a unique set-list that evolves in real time, song-to-song. Fans should expect to witness special interpretations of well-known hits alongside rarely performed B-sides and new, never-before-heard material.

Prince’s Piano & A Microphone tour commenced on January 21 at his US recording studio, Paisley Park, where he stunned fans who traveled from all over the world to see him perform two very personal shows. According to a Rolling Stone review of these shows, Prince performed on a stage decorated sparsely with candles and shrouded in smoke. The show was framed by the story of how he mastered the piano and emerged from the shadow of his father, jazz pianist John L. Nelson. “The set moved chronologically (with a few exceptions) through the first decade of Prince’s career,” Rolling Stone reports, “including at least one song from each of his first 10 albums.”

Prince allegedly told attendees: “Why do this now? For several reasons. For starters it is a challenge. I rarely get bad reviews because this is something that’s been perfected for over 30 years. You have to try new things. With the piano it is more naked, more pure. You can see exactly what you get.”

A tweet from Prince affiliate group 3RDEYEGIRL also suggests that the star played a warm-up show for the tour at Paisley Park on Sunday: “Prince alone with his piano was epic. You could hear a pin drop.”

In addition to classic songs from albums including 1999, Purple Rain, and Sign o’ the Times the set-lists have also featured covers by Joni Mitchell, Paul Robeson and Ray Charles; songs Prince has written for other acts including The Time, Sheila E. and Vanity 6; and even a Thelonious Monk-style version of the theme to Batman.

To address ticket scalping concerns, the following procedures will be put in place to ensure that Prince fans are able to purchase tickets to these performances, and NOT scalpers.  Ticket purchases for the show will be limited to two (2) tickets per person via the venues and ticketing companies noted above.  No tickets will be distributed.  At the time of purchase, the purchaser’s name will be recorded and a corresponding receipt issued.  Physical tickets will only be available for collection from noon on the day of the concert.  Photo ID will be required to match the name previously advised and individuals will be wrist-banded before entering the auditorium. 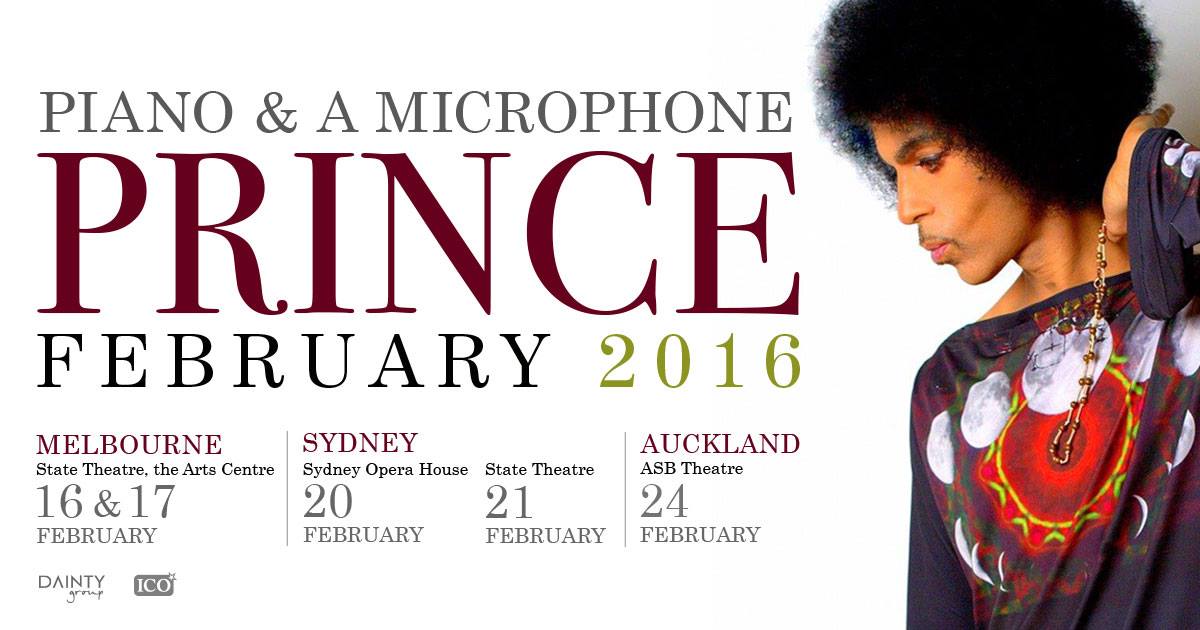