Universally recognised as one of today’s leaders in electronic music, German DJ and producer tINI now resides between Berlin and Ibiza, where she hosts her iconic tINI and The Gang parties each summer. tINI’s seamless blend of deep, micro-house and dub-techno has seen her rise rapidly through the techno and house ranks, releasing a winning LP in 2011, and landing a spot amongst Resident Advisor’s top 20 in both 2013 and 2014. She has gained a huge fan following, regularly playing to eager crowds worldwide in both the club and festival circuits, with MWC, BPM and Coachella under her belt in this year alone. A master selector and crowd favourite, tINI returns to tour Australia this summer for the first time in over three years.

tINI caught the attention of house and techno heavyweight Loco Dice after only a few years of playing in clubs and events in and around Munich. She subsequently joined Desolat and the Artist Alife family in 2008, kick starting a career of rigorous international touring, building up a huge fan-base and reputation for being a dancefloor tastemaker. She gained the respect of fans and industry peers alike, opening for none other than Marco Carola during his Play It Loud album tour in 2011. After seven years at Loco Dice’s management agency, Artist Alife, tINI switched to Backroom Entertainment, where she find herself in the company of artists like Dixon, Todd Terje and others. 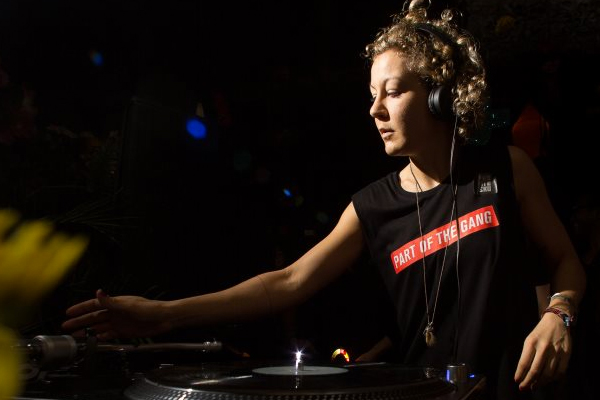 The tINI & the Gang parties have seen a string of successful seasons in Ibiza, and she prides herself on providing party-goers with an intimate and inclusive environment. The parties have made tINI something of an Ibiza legend and she  now plays an influential role in nurturing the careers of largely unknown DJs and welcoming them as gang members. As well as the 15-week residency of her fun, free parties by the sea, 2015 saw tINI play several dates at renowned Ibiza superclubs like HYTE, Cocoon, Music On and Enter.

With the completion of another successful season in Ibiza, new productions on the horizon and a new label up her sleeve, 2015 has been an exciting time for tINI and the Gang. Come celebrate the end of a huge year with tINI at one of her shows in Perth, Melbourne and Sydney this December.

Become part of the gang, join us for Summer Series at Revolver Upstairs on December 20. Tickets and more information available at www.novel.com.au.