Rock’n Roller’s get ready for a Sunday Soultrain debut that’s been a long time coming. Peninsula pride Diddy Reyes and his boys are headed for Davey’s on Sunday October 9 and we’re tipping there’ll be a few in tow. 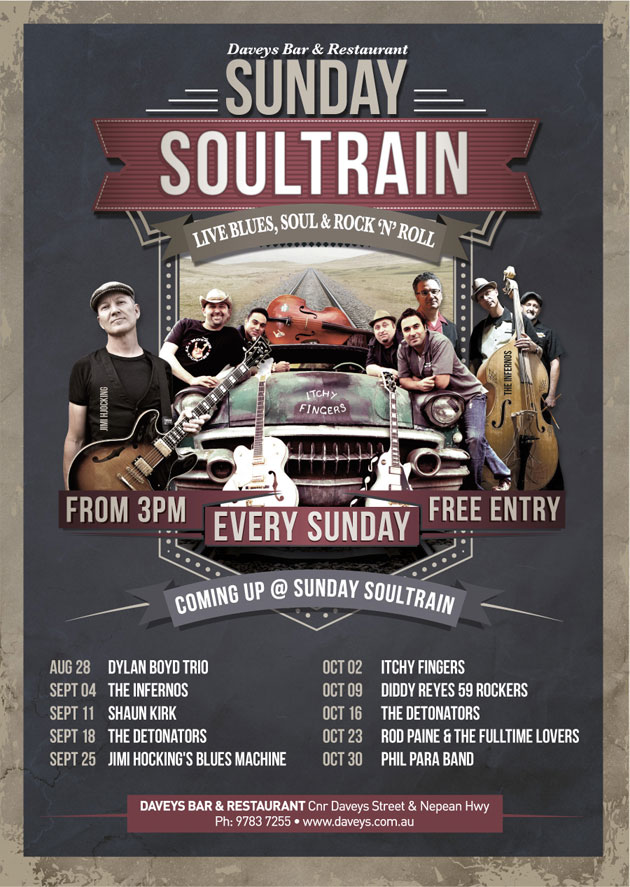