Australian rock legends Midnight Oil have just completed their first world tour in more than two decades. Their legacy, fans and homegrown music have never been stronger. Celebrating the return of the mighty Oils – Lucky 13 Garage in Moorabbin presents a night of classic Oils performed by the Midnight Oil Show plus a 25th Anniversary tribute to Powderfinger on Friday 22nd December.

Now one of Melbourne’s most ‘talked about’ live music venues, Lucky 13 Garage is a venue like no other. Originally a working mechanic’s Garage, owners Rob and Irene Bradamante spent years transforming the classic building in to Lucky 13 Garage. Complete with automotive and rock music memorabilia, collected over many years, it’s worth a visit just to view the Museum. Lucky 13 is a trip down memory lane with old signs, old bikes and so much more, plus plenty of live, rockin’ music.

Initially conceived as an exclusive Rock-A-Billy venue, Lucky 13 has evolved into Melbourne’s premiere venue for live music, offering everything from Blues, Rock, Hard Rock, Classic Pub Rock, and has become the live music destination from fans far and wide.

Bringing the music of ‘The Oils’ back to live venues around the country, THE MIDNIGHT OIL SHOW celebrate the music, the influences, and the artistry of the mighty Midnight Oil. The Oils were more than just a rock & roll band. From the northern beaches of Sydney to the streets of Manhattan, they stopped traffic, inflamed passions, inspired fans, challenged concepts and broke new ground.

Garry Hickman’s rockin’ portrayal of Peter Garrett rocked Australian stages in the first authorized Oils tribute “Head Injuries” back in the 90’s. No one since then has ever been game to tackle the role!

With Power and Passion, The Midnight Oil Show pays tribute to the music of the mighty Oils. Celebrating an Oils-some soundtrack of Oz Rock classics including King Of The Mountain, Read About It, Hercules, Short Memory, Generals Talk, U.S Forces, Blue Sky Mine and many more.

Joining the Midnight Oil Show at Lucky 13 is a tribute to POWDERFINGER. It’s been 25 years since Powderfinger burst onto Australian stages, so we’re bringin’ them back too! Get ready for a night of iconic Oz Rock, in Melbourne’s most unique music venues as we pay tribute to these two Oz music icons.

The Midnight Oil Show and a tribute to Powderfinger perform Friday December 22 at Lucky 13 Garage, 8 Cochranes Rd in Moorabbin. Entry is only $20 and doors open at 7.30pm for a 9pm show. For more information visit lucky13garage.com.au 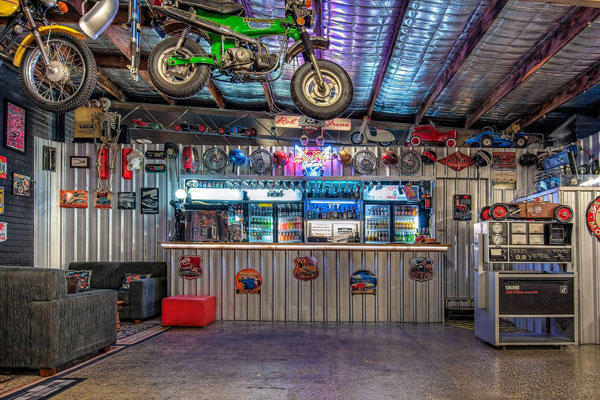 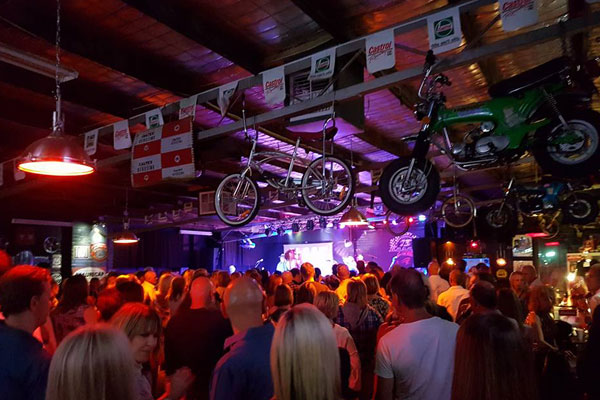 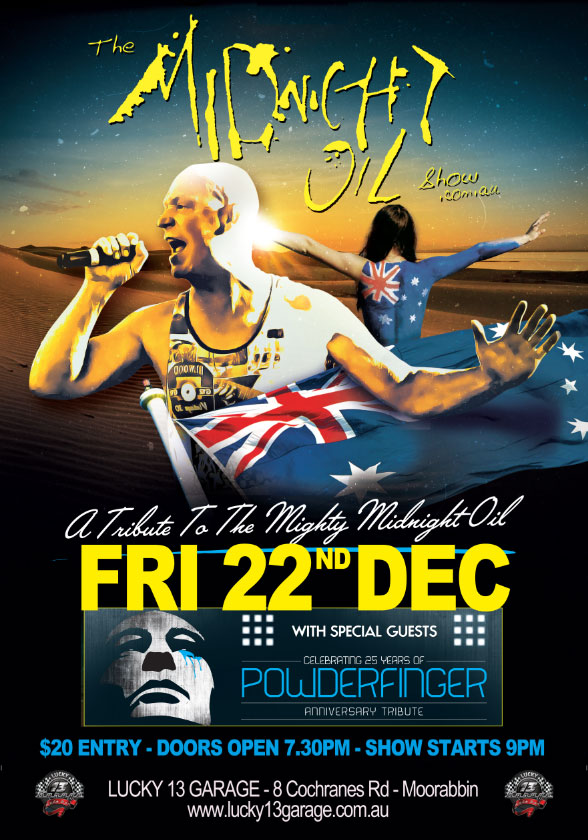