Appetite For Destruction – Australia’s best Guns and Roses concept band roll in to the Seaford Bandroom on Thursday September 28 for Grand Final Holiday Eve and is sure to bring all the ‘high-octane rock’ one would expect from a Gunners Rock’nRoll Road-trip.

APPETITE FOR DESTRUCTION was one of… if not the most influential albums of the late 80s, early 90s and still today, and for each of the five members of this awesome tribute show, it was this album that helped define their own careers as musicians.

2007 had marked the 20th anniversary of the release of APPETITE FOR DESTRUCTION, and 2008 saw the release of the long awaited new GUNS N ROSES album CHINESE DEMOCRACY, with Guns N Roses having recently toured on that album, and Slash’s recent & well overdue rise to Guitar Hero status has seen this exciting concept band grow from strength to strength..

Over the past 6 years this band has become one of the most reputable, and sort after shows through out Australia, they are known as one of the most authentic and outstanding tribute bands in Melbourne, playing such venues as Crown Casino, The Hi-Fi Bar, Monsters of Rock, Motorcity Festival, touring interstate and overseas.

The band plays each song off the timeless Appetite For Destruction album impeccably, but it doesn’t end there, they also play all the hits and most requested songs off each other album as well.

Each member of Appetite for Destruction – the Guns N Roses Tribute Show has proudly spent many years touring and playing in the live music scenes throughout Australia, and now they come together to form an exceptional tribute show, with a energetic and professional live performance, which has never failed to leave their audience speechless.

So come on and Wet Your Appetite, cause this is as good as it gets.

Doors open at 8pm for an 9pm show…. and this extraordinary event kicks ass from the word go, so don’t be late!

NO WORK THE NEXT DAY…PUBLIC HOLIDAY!!

Sing it: “Take me down to Paradise City! 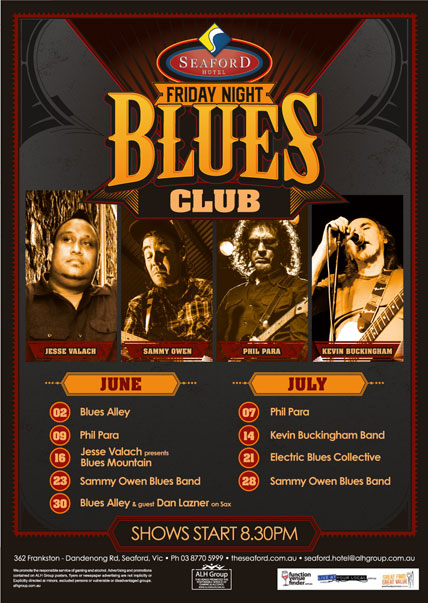