Feel like dancing to the smooth sounds of blues swing with early rock & roll thrown in the mix? Then get yourself to The Jump Devils next gig. It’s been a while between drinks with these boys but they’re back on the road and making their way to Soultrain on Sunday August 7.

The Jump Devils sound harks back to the days of the 40’s before the arrival of rhythm, blues and rock & roll. Naturally with up-tempo, infectiously danceable tunes ringing in your ears, it’s little wonder you’ll want to dance the night away at a gig like this.

John Walton started The Jump Devils over ten years ago. During their maturation whilst doing countless gigs Melbourne wide and regional areas, the band gained a solid reputation within the blues and swing fraternity.

When you have a unique sound that blends blues, swing and early rock ‘n’ roll imbued with influences from Louis Jordan, Freddy King and Hollywood Fats, you can expect to hear the real deal and be blown away.

Walton’s love of said genre has inspired him to write several original tunes in which the band now incorporates into their repertoire. The success of these new songs is pushing them towards the recording studios and they hope to record in the coming months.

In the meantime The Mornington Peninsula is fortunate to have these cool dudes of ‘Jump Blues’ gigging around our burbs for a while, so make sure you grab a few friends and head on down to their lively gigs.

Get your toes tapping and feet jumpin’ as the Jump Devils bounce back into Sunday Soultrain at Davey’s Hotel in Frankston Sunday August 7. Show starts at 3pm with no cover charge. For more details contact the venue find Jump Devils on Facebook. 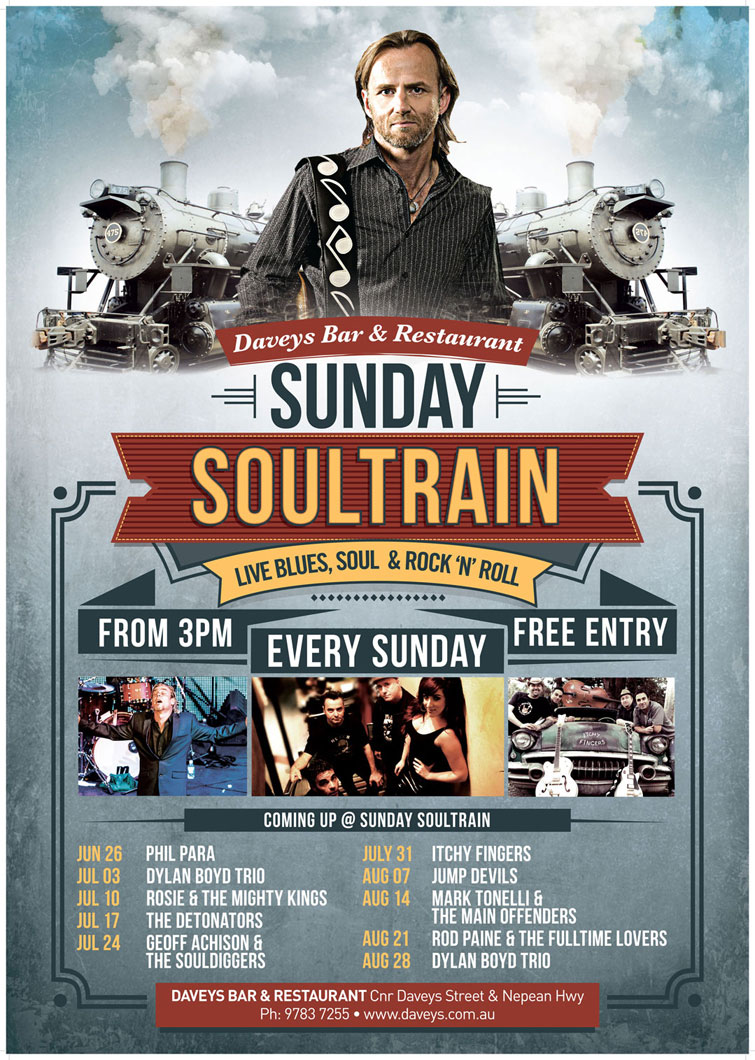