Independent blues/soul troubadour Shaun Kirk has come a long way since his debut release in 2010, earning him accolades such as “one of the most explosive solo acts Australia has to offer” and “one of the finest blues voices this country has ever heard”.   His latest album ‘Steer the Wheel’ debuted at #1 on the Australian Blues iTunes Charts and is Kirk’s most electrified record to date, and local fans get a chance to see him in action when he performs live for Sunday Soultrain at Traralgon’s Royal Exchange Hotel July 17.

Shaun Kirk’s multi-instrument approach is a real stand-out. Playing individual drums with his feet, while he singing, playing guitar and wailing on his blues harp. Seeing is believing. Catch Shaun in action at Royal Exchange Hotel, 64 Princes Hwy, Traralgon on Sunday July 17 from 3pm with no cover charge. For more details contact the venue on Ph 5174 1281 or visit royalexchangetraralgon.com.au. 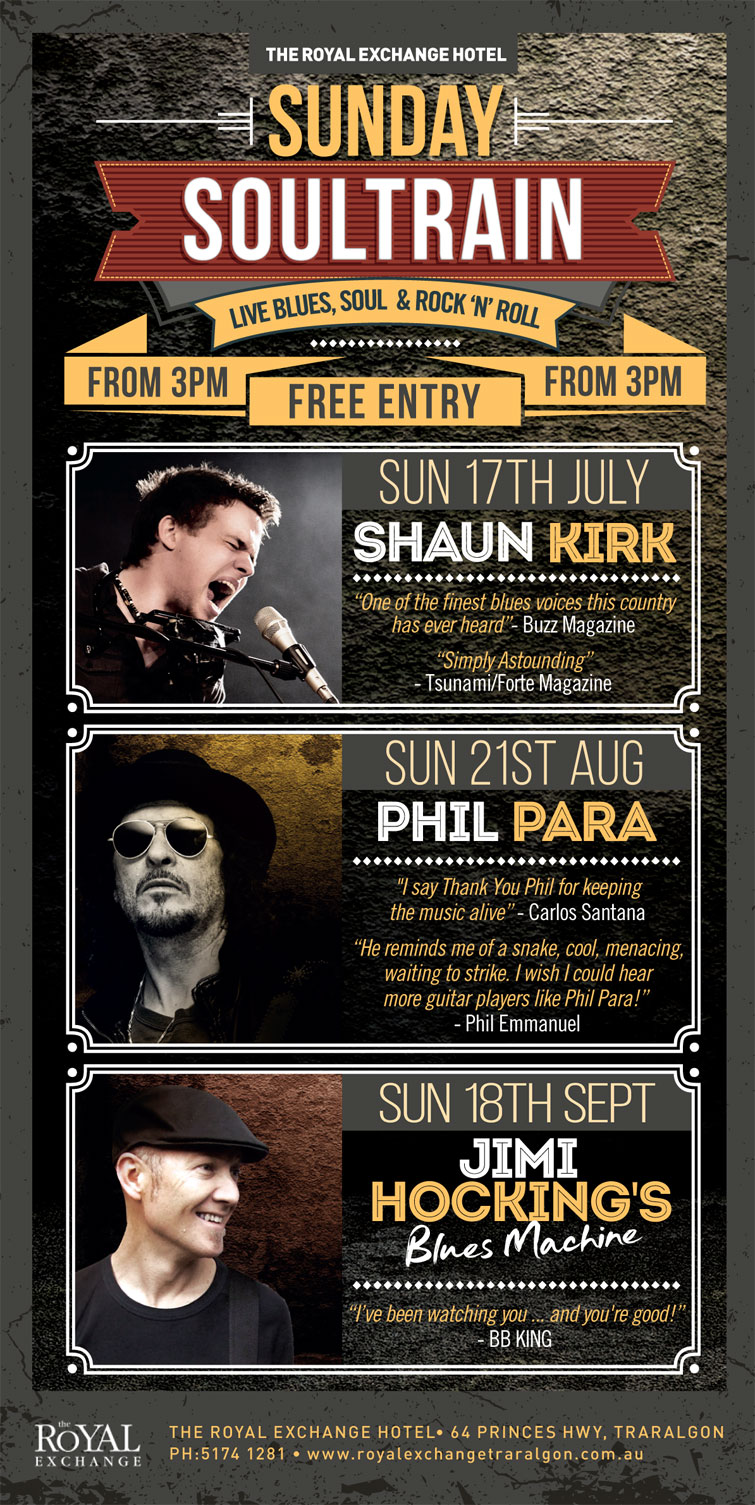