Big celebrations are in order for this Friday as the Mahala tribe blow out the first candle on the Cake – a crew that once started as only a Facebook group to connect and share music, has now evolved into one of Melbourne’s most reputable house and techno parties, with home base being the beloved Railway Hotel in Brunswick. The king of incessant groove, Ajunadeep & Way Out West’s Jody Wisternoff will be stopping by to say hello and tunes will be kicking off from 8pm until early hours of the morning.

Ahead of our little weekend escapade we caught up with Scott Freedman & Dave Juric (the two founders of Mahala Music Group), for a little chat about how, why, what and when.

Can you tell us a bit about your musical journey up until now?
Scott: I started going to parties about 1994 when I was 14 years old, I had no idea this weird world would have such an effect on me and that 21 years later I would be such an active part in the scene. I first started DJing as a 17-year-old under my old guise Ruckus and was lucky enough to get some pretty big gigs straight away. I was also putting on parties in the eastern suburbs of Melbourne under the Scattered Industries banner. 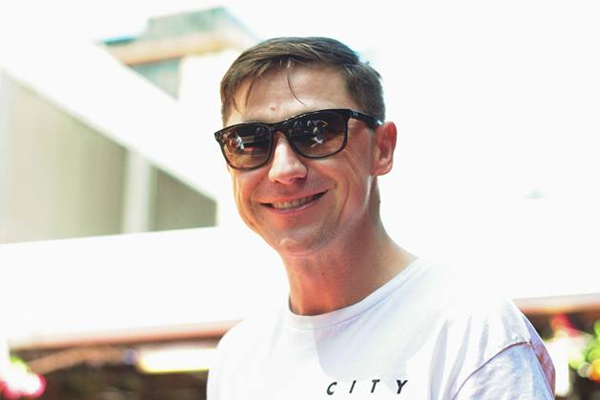 Looking back it is all quite bizarre really, we would have these huge parties in the most random spots, warehouses, pubs even scout halls in the early days but these parties were huge, loose affairs. We really established a name for ourselves. I was lucky enough to have had Richie McNeill (From Hardware and went on to start Stereosonic) take us under his wing and he gave me a lot of opportunities with both DJing and promotions and that really pushed me into some pretty crazy territory.

I got to play all the bigger parties at the time Two Tribes, Pharmacy, Sunshine People, Digital and the best clubs like Honkeytonks and Lounge (which at the time was with Luke McD running it) I ended up taking a break for a long time (from 2006 right up until 2014), after a pretty crazy 8 or so years. I started to mix again, just at home mind you, but then the bug bit me again and before I knew it I was supporting Stacey Pullen for Darkbeat and now here we are, a year and a bit later playing around the country and lucky enough to be supported by the best crews in Melbourne. I’ve been very lucky.

Dave: My musical journey started out as a punter like most people I guess, my brother dragged me along to see James Zabiela & Infusion play at Room in 2004 and from then on it was all over for me. Started playing around on my brother’s decks, buying records from Alley Tunes while I was supposed to be at uni. From there I met the Darkbeat guys at Sunny and they really took me under their wing. 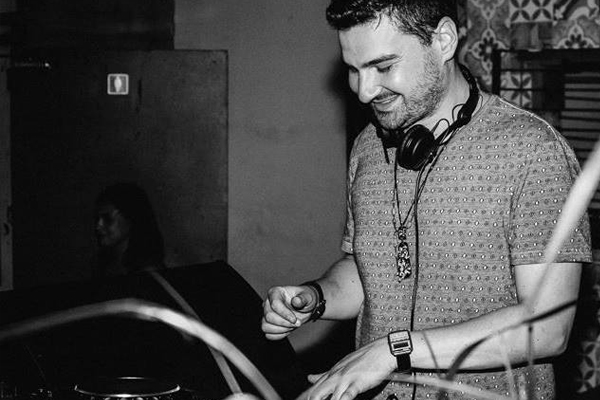 The early days of DJing I was playing a lot of that german minimal tech sound that was all the rage. Around that time I also started playing for a party called Clarity and had a go at running my own night at Room with a mate called Dynamic which was all about giving up & comers an opportunity to play out. Musically I’ve always had lots of different interests and never wanted to get pigeonholed as playing a particular sound. Over the years I’ve played breaks, house, techno, disco, prog and lately even drum & bass and hip hop. Mixing it up makes it way more fun and kept me interested over the years.

As a DJ I’ve accomplished everything I ever wanted to achieve and so much more. Playing Summadayze, Rainbow Serpent Festival, Subsonic, Let Them Eat Cake and playing alongside almost every idol I had growing up has been a completely surreal experience.

Can you guys tell me a bit about how the Mahala tribe was formed?

Dave: Mahala Crème De La Crème was originally a FB group that was created by Tim Tyler, Stef Chow and a few of the Rework boys a few years back as a place for like minded individuals to share the music they love. It was a closed group and you only knew about it if someone decided to invite you. I think I was originally invited by Miza not too long after it’s inception. In 2013 I launched the Mahala Podcast series as a way for us to showcase some of the talent in Melbourne.

In 2014 I had returned from a stint in London and Scott had just started playing again and by the end of the year we were both ready to start a night together. Since coming home I’d always wanted to start running parties under the Mahala brand and it all just fell into place perfectly. Mahala Music Group was formed by Scott and I and we had our first party in Jan 2015 with Paul Hazendonk from Holland and the rest is history. It’s grown really organically over the years and we’re all really supportive of one another so it feels like a real family affair. That feeling is something we all want to hold on to.

Scott: We just want to keep going the way we are; the first year really has been beyond our wildest expectations. In saying that though of course we want to grow and see how far we can take things. The sky’s the limit really.

Having thrown parties with some big names over the course of 2015 – any beans you can spill in regards to whats in store for you guys this year?

Dave: We can give you a bit of an exclusive here in that we have Tiger Stripes coming over to play for us in May. He hasn’t been out to Australia in a very long time so we’re incredibly excited about that one. More information coming once we get through our Bday with Jody Wisternoff. After that, we’re in talks with a few acts and crews; it’s going to be another big year for us for sure.

What has been your most memorable Mahala event?

Scott: I think New Years, when we had a completely sold out party and it all kind of sunk in. The success over the past year and being able to do it as two best mates. it was a pretty special moment.

Dave: Absolutely, that NYE party was something. The perfect way to cap off what was an incredible year. Another favourite of mine was the Kid Kenobi party on the rooftop at while the sun was setting surrounded by some of our closest friends. He was such a big part of my early days of raving so to have him play a classics breaks set for us that evening was unreal.

The Railway Hotel in Brunswick has almost become accustom for you guys as of late, what is it about the venue that you enjoy the most?

Scott: We find that it really is one of those special venues, we were lucky in that we were one of the first crews to utilise the space so we have a great relationship with everyone there. From a pure venue point of view, the space is brilliant, a great outdoor area and one of the better main spaces in Melbourne.

Can you try sum up the vibe or atmosphere at one of your parties in one word?

Melbourne is absolutely exploding not only parties, but also with talent… is there any upcoming or emerging artists you think we should keep an eye on?

Dave: We really try and push and expose new artists through Mahala, it is something we really pride ourselves on. One of those guys who we love dearly, a great supporter of ours and is also a top DJ and that is Dave Hutton. We’re really excited as he is playing his first main room set at the birthday and we cannot wait to see what he can do.

If you could pick any artist in the world to bring over and showcase at your next party, who would it be?

Scott: Paul Woolford, easily. His ability to traverse genres and style is second to none. he is a real favourite of ours.

Dave: Midland for me. Such a great DJ and producer. Someone who straddles that house and techno line perfectly and always puts music together in such a unique way.

Things will be kicking off from 8pm onwards on Friday 4th of March at the Railway Hotel Brunswick – tickets available from HERE, lets go x