Jimmy Cupples and Wired make their long awaited return to Sunday Soultrain at Davey’s on Sunday October 4 to round out a first class Grand Final long weekend. Described as one of Australia’s biggest rock voices, Jimmy has been a familiar face on local stages and a standout at major venues right across the country.

Don’t miss Jimmy Cupples and Wired as they return to Sunday Soultrain on October 4 at Davey’s, Frankston in a free show from 3pm. For more details visit www.daveys.com.au 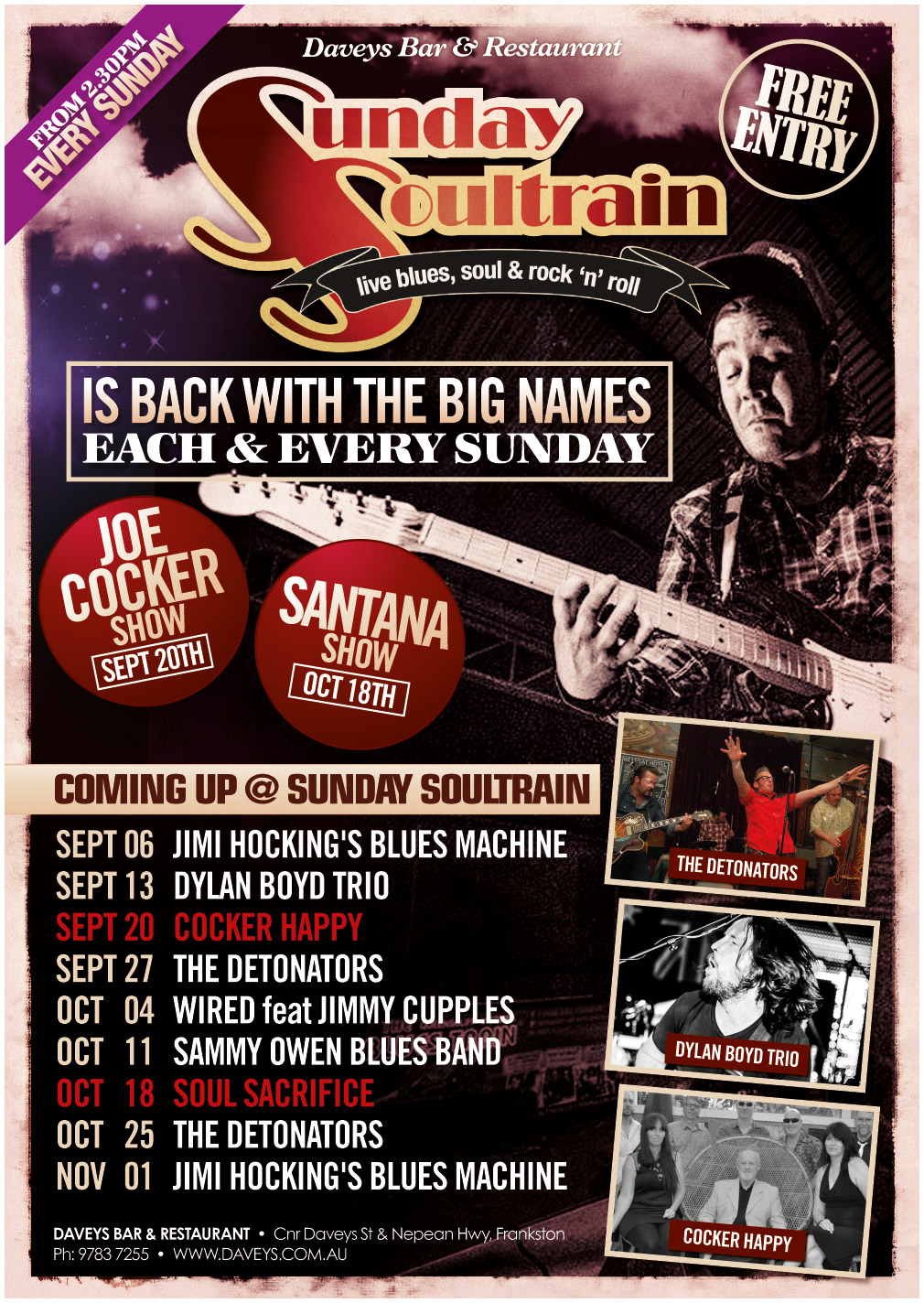