Mornington hold on to your hats as ‘The Voices’ bring together some of the bigggest names in Australian music featuring Reece Mastin (X Factor), Jason Singh (Taxiride), Mark Gable (Choirboys) and Dale Ryder (Boom Crash Opera) along with special guest Wendy Matthews complete a star-studded line-up performing in Mornington Park on Australia Day.

Be entertained by a combination of featured artists, backed by Australia’s best musicians, as they each take to the stage to perform their biggest homegrown hit songs before coming together for a memorable Oz music finale, just in time for the Fireworks.

Reece Mastin is the sound of now. Since winning the X-Factor in late 2011, Reece has amassed a stockpile of achievements including a 2 x Platinum #1 album, three consecutive chart-topping, radio-blasting singles (Aria Chart #1, #2, and #1 singles respectively). With swagger and charisma, Reece Mastin is a magnetic performer and poignant songwriter, who was, without doubt, born to rock!

Reece’s hit’s include, Heartache Blues, Shut Up and Kiss Me, Shout It Out, You Gotta Go Lockdown

TAXIRIDE entered the charts at Number 1, with their critically acclaimed multiplatinum debut album ‘Imaginate’. A rigorous touring schedule had them perched at the top of the Australian music tree culminating in the release of their smash hit “Creepin’ Up Slowly”; the Number 1 Australian Airplay song for 2002. In 2013 Jason released his critically acclaimed debut album Hummanequin and delivered the Jason Singh Project in 2016.

TAXIRIDE’s hit’s include, Get Set, Everywhere You Go, Creepin’ Up Slowly

BOOM CRASH OPERA grew out of the fertile postpunk scene in Melbourne and blended an artful edge with canny commercial smarts. Their debut single, ‘Great Wall’ was a top 10, followed by a cavalcade of hit songs. Songs like ‘Onionskin’, ‘The Best Thing’, ‘Hands Up In The Air’ and ‘Dancing In The Storm’ became radio anthems that are still heard to this day and have been seized on by the advertising industry.

Entertaining Australian audiences for over 30 years, the iconic CHOIRBOYS are synonymous with Australian culture. Penning one of the country’s unofficial anthems ‘Run to Paradise’, CHOIRBOYS epitomise the essence of the Australian pub culture and are viewed by many as the quintessential Australian rock band.

CHOIRBOYS hits include rock anthems, Boys Will Be Boys, Never Gonna Die, Guilty, Run to Paradise and many more. 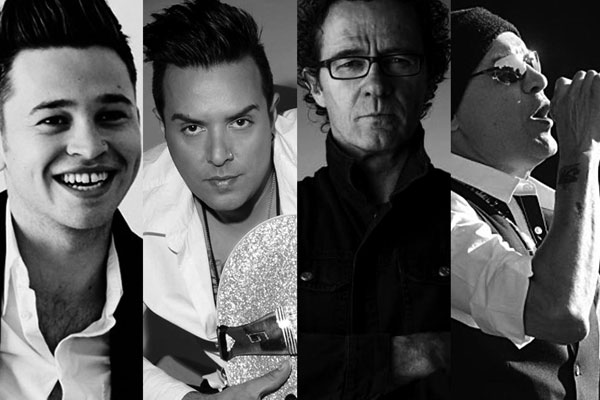