Win or lose this Saturday for Tigers fans, there is no better way to celebrate (or commiserate) than with the Blues – and no-one does Blues like Jimi Hocking!  Jimi and his power combo Blues Machine are back on home turf and ready to rock the Royal this Saturday night from 8pm.

Whether warming up for the next Jets tour, or just arriving back home on the Peninsula, Jimi always brings his A-game.  Masterful guitar talents and his unique blend of ‘scallywag’, have won the hearts of music fans from all corners of the country.

When Jimi comes to town you can expect a singer, songwriter, guitarist and all round musician of the highest caliber.  Described as “the electric love child of T-Bone Walker, BB King and Jimi Hendrix” his combination of high-speed picking and blues bends on a discography that boasts 15 albums have earned Jimi the reputation he has today.

On stage he is in his element, strutting with his band and pulling all the classic stunts, which make him one of the must-see acts in blues today. 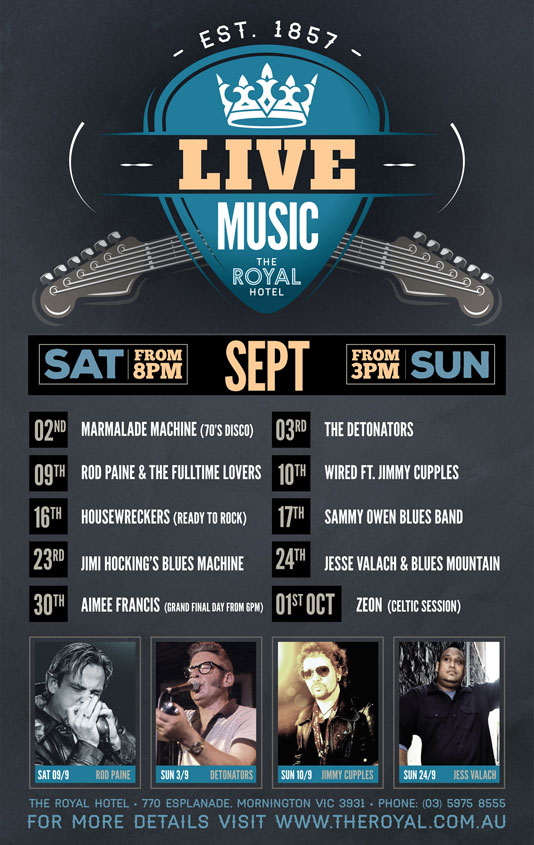