“When I was on ‘Australia’s Got Talent’ a few years ago, I had a bit of a run-in with the judges during the audition, and I almost missed my chance,” he says. “But it worked in my favor. They had me back for another audition, and I concentrated on my music, and not being cheeky. People in the audience – and the judges – really loved it.”

Campbell earned honors as a finalist on ‘Australia’s Got Talent,’ and audiences responded enthusiastically for his 2013 album, The Pilgrim, which debuted atop the iTunes Blues charts in Australia, Canada, and New Zealand. The CD yielded three Top Ten hits on the Australian Blues Singles chart, including Wreckin’ Ball, the CD’s first track. The Pilgrim – set for a U.S. release on Reckless Grace Music in June – followed the strong debut of his 2011 recording, Sunshine Road, which also topped iTunes’ Australia charts.

A gumbo of influences

Campbell first strummed a guitar at age 9, a gift from his musician father that launched his musical journey. The 30-year-old Campbell’s strongest musical influences were blues-rock musicians from America and the U.K. – and his own household.

“My father was a big influence,” he says. “But so were Bob Dylan, Van Morrison, The Band, and the Rolling Stones. I always liked the way The Band brought variety and diversity to their sound. So my sound has bits of country, soul, Celtic, and rock. I love the variations.”

Today, Campbell brings a gumbo-like repertoire to performances on his U.S. tour of clubs and festivals. His smoldering guitar work runs from bluesy riffs to soulful finger-picking to lap steel guitar solos using a shot glass slide. His eclectic mix of rock-influenced songwriting results from years of busking – performing on the streets of cities across Australia and Europe.

Campbell says few things top the thrill of live performance. Whether it’s a club date with a small audience or a festival with thousands, he’ll play anywhere – and often does. His past dates include shows in Austria, Denmark, Germany, India, Ireland, Italy, and the U.K.

“I still do some busking from time to time, because playing two hours a day, every day, is great practice,” says Campbell. “These days, I’ll play 100-150 dates a year, or three or four shows a week, whether it’s a club, pub, festival, or whatever. Anywhere there’s a gig, that’s where I’ll be.”

“There’s nothing like songwriting,” he says. “This next album gives me a chance to grow, and to revisit a song I began writing at age 19 and shelved. Now I can come at it with a fresh set of eyes and ears, and have it mean something new.”

To check out Owen Campbell’s schedule and updates, visit:  http://owencampbell.com.au/ 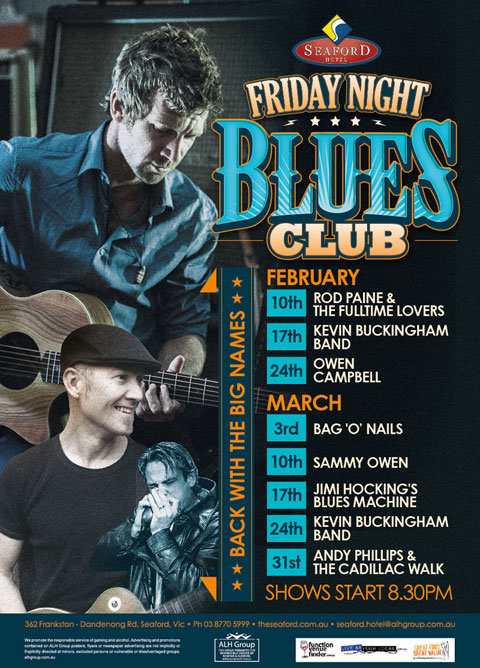