Tommy’s Bandroom at Matthew Flinders Hotel continues to turn up the volume with some of Melbourne’s finest for their Friday night Rock Sessions. Ensuring a great mix of local talent and some very cool feature performers, live music fans can catch some of Melbourne’s “hot right now” feature acts each week. Thus Friday February 10 the Rock Sessions presents Peta Evans-Taylor fresh from The Voice and ready to rock Chadstone!

Peta Evans-Taylor is a down to earth Aussie chick with a big voice and even bigger dreams. This chameleon of image and tone climbed to the top 3 on Team Madden – The Voice Australia 2015 and sent the online world into frenzy. “No one else on this show can do what you just did” – Benji Madden.

Joining national and international touring musicians Peta and her newly formed super band have hit the music scene with a BANG! Each with their own quirky personality and style, their shows and tunes are both visually and aurally encapsulating.

The Rock Sessions continues this Friday February 10 with Peta Evans-Taylor Band and is free entry before 9pm.  Next week February 17 the high-priests of Rockn’Roll ‘The Detonators’ make their return to Tommy’s for another huge night of ROCK not for the faint hearted.  Doors open at 8pm each Friday night at Matthew Flinders Hotel, Warrigul Road in Chadstone. 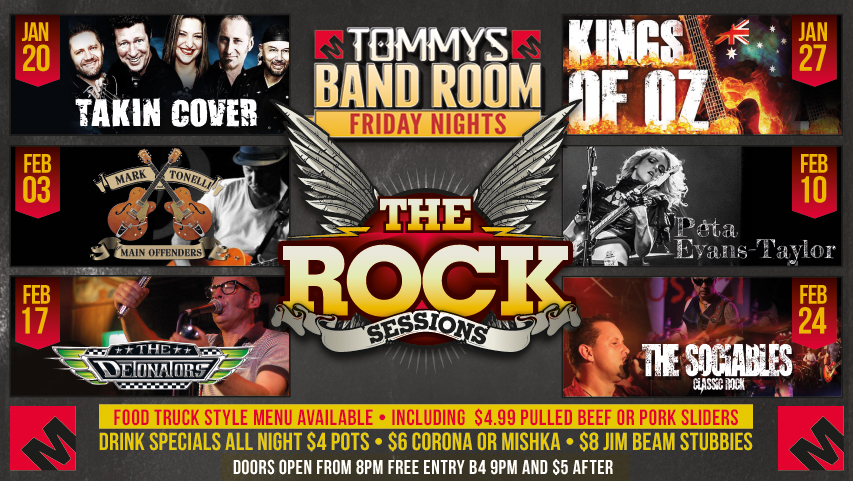